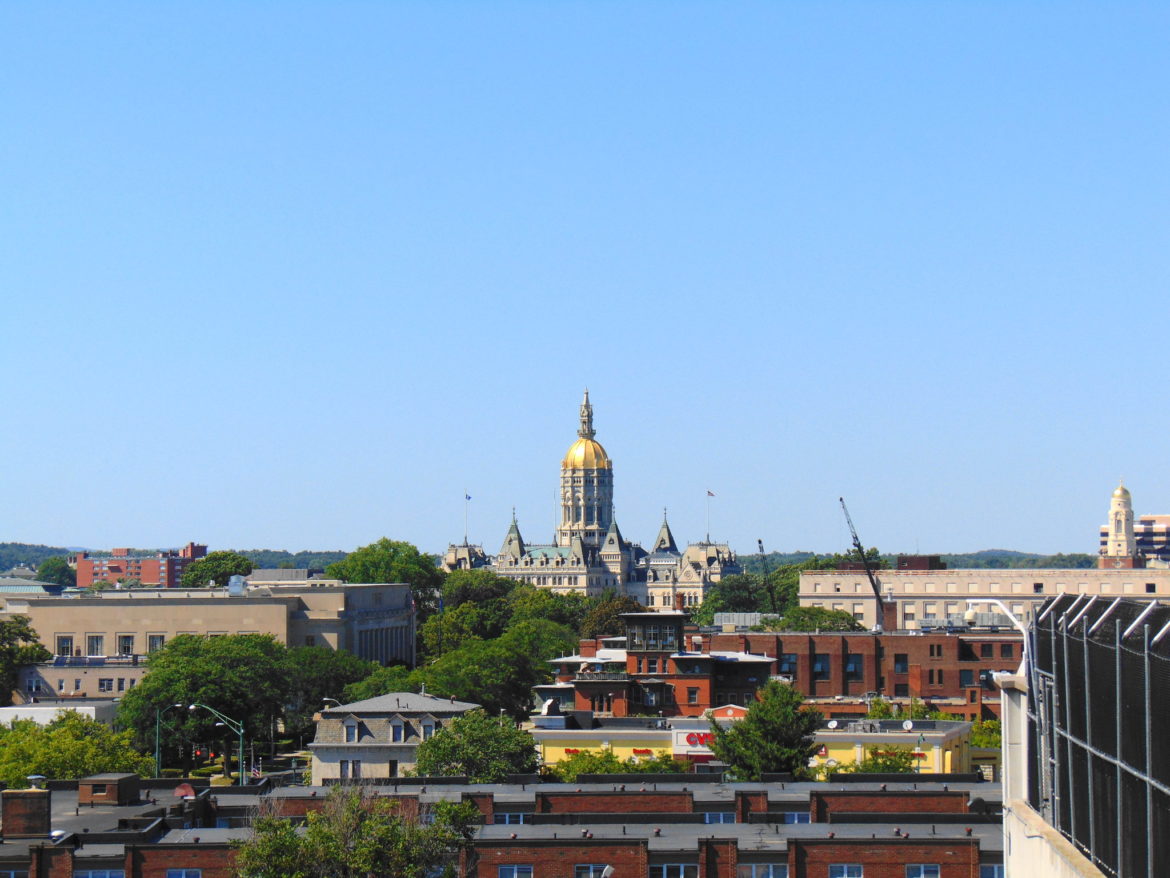 The Connecticut Statehouse in Hartford.

A growing list of Connecticut towns want to play a bigger role in procuring clean energy, but first they need state lawmakers to give them the authority.

Known as community choice aggregation, the model gives local governments the right to buy power on behalf of their residents, enabling them to focus on buying more renewable energy or lowering costs, or both.

Four municipalities — Middletown, Mansfield, Simsbury and New Haven — have passed resolutions in support of the concept, and several other towns are considering such resolutions, said Peter Millman, one of a handful of activists who are promoting the idea to local officials.

“More organizations and towns in Connecticut are seeing the benefit of having local control over electricity in the context of environmental concerns and affordability,” said Michael Uhl, an energy engineer in New Haven who lobbied for the resolution’s passage in that city.

The concept, first adopted in the late 1990s, has already been approved in nine states, including New York, New Jersey, Rhode Island, Massachusetts and New Hampshire.

Adopting enabling legislation simply gives municipalities the option of buying power on their own, and does not make it a requirement. The state’s utilities would have to provide transmission, distribution and billing services for any aggregated power programs.

“They didn’t really go very far, but we are persisting this year,” Millman said.

This year, they hope to get more-detailed legislation introduced, largely modeled after the law adopted in New Hampshire last year, Millman said.

“There is much more awareness this year,” Millman said about the measure’s prospects. “A lot will depend on whether the chairs of the Energy and Technology Committee get behind it. They have not so far, but they haven’t opposed it either.”

Sen. Norman Needleman, one of the committee chairs and first selectman in Essex, did not respond to a request for comment.

However, Rep. Steve Meskers, another committee member, said after hearing a presentation by Millman at an environmental summit Wednesday, he is concerned municipalities could be taken advantage of by energy brokers in much the same way that some Connecticut residential ratepayers are being gouged by electric suppliers in the retail market.

He cited a recent report from the Office of Consumer Counsel that found that in August 2019, eight out of 10 ratepayers who choose to buy electricity from a retail supplier paid more than the standard offer charged by Eversource in its territory. In United Illuminating’s territory, nine out of 10 retail supplier customers paid more than the standard offer.

Meskers said he would want any framework for community choice to include considerable state regulatory oversight aimed at protecting consumers.

“A deregulated market without oversight is a house of cards,” he said.

Eric Wellman, first selectman of the town of Simsbury, also saw a presentation by Millman, and came away enthusiastic about the prospect. The full board of selectmen voted unanimously to adopt the resolution earlier this week.

“Whether it’s ultimately right for Simsbury, I don’t know yet,” Wellman said. “But based on what we’ve seen in other states, it looks really promising. We could possibly offer our residents some savings and some greener options.”

Wellman said he’s also interested in the possibility of a multi-jurisdictional approach, in which towns might join together as a regional entity to buy power, enabling even greater economies of scale.

That’s the approach used by Westchester Power, a New York community choice program that buys power for 27 participating municipalities with more than 100,000 customers. Electric rates are fixed at a price lower than the average rates for the region’s two utilities, and have outperformed them so far, according to the program’s website.

In most states, the enabling legislation for community choice authorizes municipalities that procure electricity to become the default provider for all residents, according to a recent report from the National Renewable Energy Laboratory. Thus, all residents automatically become customers unless they choose to opt out. That approach gives municipalities the bulk buying power they need to purchase electricity in wholesale markets.

About 100 community choice aggregations across the country procure more renewable energy than is required under state renewable portfolio standard mandates, the report said.

While the report’s authors emphasized that maintaining cost competitiveness is critical to the model’s success, it also suggested that low customer opt-out rates in existing programs — 5% to 15% on average — show that most programs have been able to do that.

Michael Harris, energy coordinator for Middletown, said he’s excited about community choice “because it can do so much to move things in the direction that I think they need to move. For example, it can help decentralize the electric grid and grow support for local renewable generation.”

However, Harris said he fears the proposal will also likely meet resistance from policymakers for that same reason.

“The utilities have a corporate stranglehold on energy policy in the state of Connecticut,” he said. “We are behind New York and Massachusetts in implementing clean energy and progressive policies, policies that could cause the utilities to lose some of their control.”

A spokesperson for Eversource said the utility had no comment on community choice in Connecticut since legislation has yet to be filed.