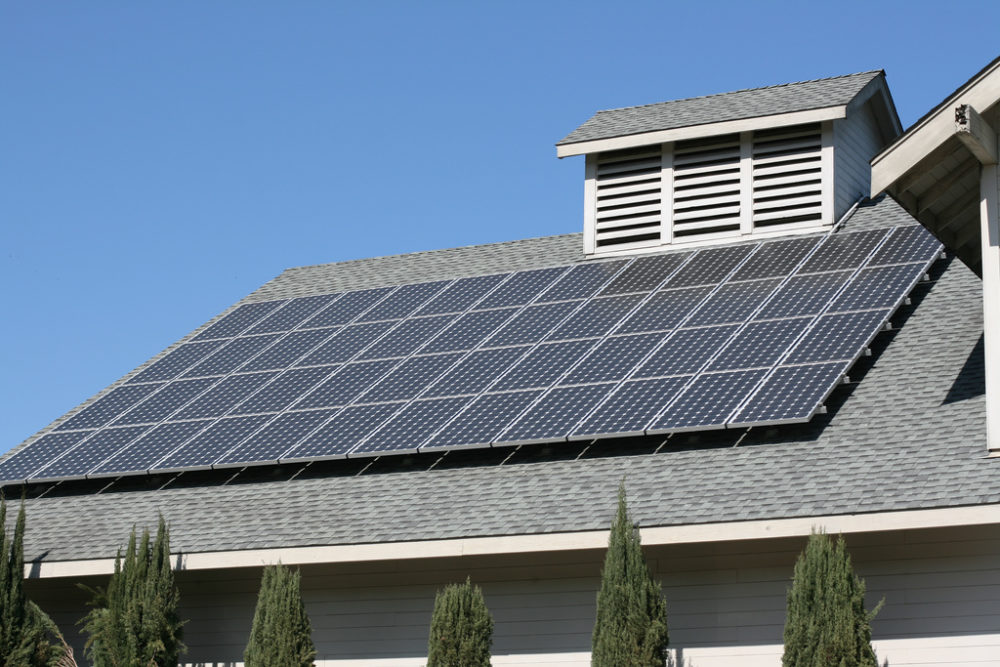 Indiana legislators have introduced a bill that many fear could kill the state’s solar industry by ending net metering and also essentially preventing people from using the energy from their own solar panels.

Senate bill 309 would ban net metering by 2027, and it would limit the options that the Indiana Utility Regulatory Commission could replace it with for compensating customers with solar installations.

Rather than the retail rate paid for solar energy sent back to the grid under net metering, customers could only get the much lower “avoided cost,” or wholesale rates.

Perhaps most disturbing to solar advocates, the bill would institute a mandatory “buy-all, sell-all” provision to replace net metering that would essentially prohibit customers from using their own solar energy, forcing them to sell all of their energy back to the grid at low rates, only to buy it back at higher rates.

“It’s like saying, ‘Yeah, you can have your solar panels but you really don’t own them because you can’t decide what to do with the electricity you’re producing yourself,’” said Laura Arnold, president of the Indiana Distributed Energy Alliance, which represents solar installers, developers and homeowners. She said some see the measure as confiscating private property.

“If we are reading it correctly, that’s quite a radical change,” Arnold said.

“What it does is treat people with a solar rooftop unit similar to any other generator that the utility happens to purchase power from, including the utility’s own generation,” he said. “A very large unit sells its power into the regional transmission organization. In effect the solar generator is the same as any other generator — they sell their power out and purchase back what they need to serve their load.”

Maassel said he is not aware of buy-all, sell-all laws in other states. “This is a uniquely Indiana approach, perhaps it will be something that works in other states,” he said.

Republican lawmakers and investor-owned utilities in Michigan proposed a similar approach last year amid discussions over major energy policy reforms. The proposal was eventually withdrawn after backlash from members of both political parties and solar advocates. The bills that passed direct state regulators to take a year studying appropriate solar compensation rates.

The demise of net metering

Maassel echoes the point made by utilities around the country pushing for increased fixed rates or other cost increases for solar customers, saying people with solar are not paying their fair share to keep up grid infrastructure.

“In Indiana we have had a net metering policy in place for 12 years, and the bill proposes to continue that policy without change for an additional 10, so we’ll have 22 years of net metering,” he said.

“At that point the solar industry will have had a very good run at establishing itself. Net metering continues for a full decade before we transition to pricing that moves to a market-based approach, where the subsidies that customers without solar are paying for those with solar are eliminated. Yes we need to grow the solar industry, but it’s also important that the subsidies be eliminated.”

“The 2027 date is largely a red herring,” said Kerwin Olson, executive director of the Citizens Action Coalition consumer advocacy group. “If you’re lucky enough to get solar panels on your roof before the 1 percent cap is met, then you can net meter until 2027. But when the 1 percent cap is hit, utility companies can no longer offer net metering, and that could be as soon as in a few years. Then there’s a statutory prohibition for all time, no more net metering.”

Ryan Zaricki, a solar developer in the utility Vectern’s service territory in southern Indiana, said demand for solar is accelerating, but the possibility of an end to net metering both under the existing cap and under the bill could stop the industry in its tracks. He said that while solar is at about 10 percent of the cap, it appears the cap could be reached around 2020 if the market potentially doubles every year.

“It’s a very interesting market,” said Zaricki, who founded Whole Sun Designs in 2011 and has installed about 130 systems totaling about 800 kilowatts since. “There aren’t many state-based incentives, so we’ve grown the market based on the federal tax credit, but it’s grown steadily.”

He noted that the buy-all, sell-all provision would also require revamping most systems that have already been installed for net metering and behind-the-meter use.

“Like the system we’re installing today, we’re just tying directly into the breaker box,” Zaricki said. “Not only is the [proposed] rate structure pretty gross, but we’d have to go back in and rewire all these systems.”

A Vectren spokesperson said the Indiana Energy Association is commenting on behalf of utilities regarding the bill, which is sponsored by Republican state Sen. Brandt Hershman.

Advocates and solar developers are disturbed that not only does the bill end net metering, but it takes power away from the regulatory commission which is normally tasked with developing rate structures based on extensive research and testimony. The bill ties the hands of the commission by dictating the options available for solar customers once the net metering ban kicks in, critics say.

‘It ends net metering with no discussion, no analysis and no evidence.’

“It ends net metering with no discussion, no analysis and no evidence,” said Olson. “Utility ratemaking is supposed to be done before a regulatory body based on evidence and based on facts. The state regulators are really the only competition the utilities have in Indiana, it’s their role to serve as a surrogate for competition. This is completely contrary to the regulatory compact between utilities and the public; the bill completely removes any burden of proof and undermines the authority of the commission.”

The bill also seemingly limits utilities’ power to request different rate structures related to net metering. “It’s a complete ban,” said Arnold. “I don’t understand why the legislature would not give a utility the option to continue [net metering] if they thought it made sense — it does not do that.”

But Olson said in his view the utilities are just fine with a law that limits the amount paid to customers with solar for the energy they generate.

Maassel said that the association doesn’t agree with every facet of the bill, but “we certainly provided our thoughts, our opinions as the bill was being formed … we look at the full package as very much something we can support.”

He said the avoided cost and wholesale pricing that the bill mandates as replacements for net metering are “the two predominant pricing approaches used in the market today.”

Utility commission spokesperson Megan Wade-Taxter declined to answer specific questions about the bill: “Because of the commission’s statutory obligation to remain impartial, the commission cannot prejudge or take a stance on a specific issue that may come before the commission as part of a case, including issues that are the result of state or federal policy.”

Zaricki and others say that in lieu of net metering, regulators and lawmakers should consider other options for compensating people with solar, including a “value of solar” tariff that involves calculating the benefits solar provides to the grid while also ensuring solar customers pay their “fair share” for grid upkeep.

“As batteries get cheaper, you’ll see people just cutting the cord,” and relying on their own solar installations with battery storage, he said. “They don’t want to put up with the utility company and they don’t need the utility company anymore. The other alternative I see is utility companies embracing solar, and with the benefit batteries can add to the grid, they could have time-of-use rate structures that incentivize customers putting electricity back on the grid when it’s needed, and utilities can buy that energy instead of much more expensive energy on the spot market at peak times. It’s a win-win.”

Three years ago, Indiana consumer and clean energy groups were relieved at the defeat of S1320, which would have instituted a fixed charge on solar customers, released utilities from energy efficiency mandates and reduced the rates people with solar are paid for their energy. Olson, of Citizens Action Coalition, sees S309 in the same vein.

“Is [S309] better than 1320? If I were forced to choose I would take this bill,” said Olson. “But that’s like arguing what was worse, World War I or World War II.  It’s a little different approach with the same consequences and the same intention to stifle residential solar. This is part and parcel with the assault on energy efficiency and rooftop solar.”