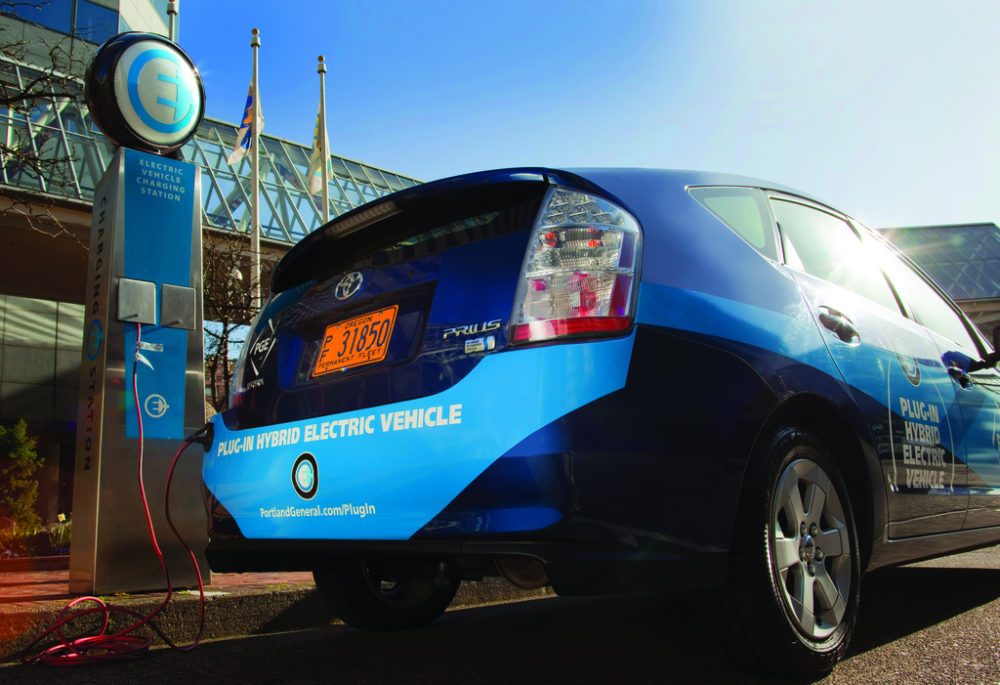 Electric vehicle charging stations in Vermont should not be regulated like electric utilities, according to a conclusion by state utility regulators.

The Vermont Public Utility Commission, in a letter sent Wednesday to five legislative committees, recommended changes to clarify state law and give charging stations owners freedom to set their own pricing.

The suggestion comes amid an ongoing state investigation into how it can achieve greater adoption of electric vehicles and follows the lead of two dozen other jurisdictions with similar policies for charging stations.

The change, if enacted, would allow charging to be priced on a per-kilowatt-hour basis, rather than by a per-minute or other rate that does not consider differences in vehicle types.

A series of hearings and workshops were held as a result of legislation passed last year. The law directed the PUC to report back by July 1, but the commission determined that the threshold question of regulatory jurisdiction needed to be resolved first. Other proceedings to encourage electric vehicle adoption are ongoing.

“By this letter, the Public Utility Commission proposes legislative amendments that would make clear that the jurisdiction conferred on the Commission and the Department of Public Service does not extend to the regulation of electric vehicle charging stations,” it said.

The commission said addressing this question now would provide more certainty to private sector investors who are looking to expand charging station networks.

“The PUC’s order reduces regulatory uncertainty and ensures that owners and operators of EV charging can set pricing at their stations. This critical element of customer choice will promote competition and innovation in the EV charging marketplace,” Kevin Miller, ChargePoint director of public policy, said in a statement.

ChargePoint designed and manufactured more than 58,000 independently owned stations, including almost 400 in Vermont.

“It is a helpful order. Electric vehicles are a key tool to meet our climate change goals. The Public Utilities Commission’s decision will allow more electric vehicle charging to be available while ensuring fair access and protection for consumers,” said Sandra Levine of the Conservation Law Foundation.

The commission also said the recommendation should be codified “to provide longer-term stability than a Commission order could provide because an order would be subject to legal challenge and possibly subsequent amendment depending on the opinions of future Commissioners.”

‘It is a helpful order. Electric vehicles are a key tool to meet our climate change goals.’

The 23 states and the District of Columbia that have already ruled on the jurisdiction question have also determined charging stations should not be regulated as a utility.

“As coordinators of Drive Electric Vermont, Vermont Energy Investment Corporation is pleased to see this progress in the PUC’s investigation of electric vehicles. Their suggested changes to statute would bring needed clarity to the regulatory environment EV charging is subject to in the state and help unlock investment as this infrastructure continues to develop,” the nonprofit said in a statement.

“It’s really important for drivers to know what they’re getting and to get what they pay for,” Miller previously told the Energy New Network. “This is so much more than selling electrons.”

He cited innovative marketing practices like providing drivers with mobile apps to create a virtual queue instead of drivers lining up at stations, or notification systems to alert customers when stations are available. He also cited the possibility of posting variable rates to promote charging at various times of the day.

“We’re anticipating significant growth of EV charging over the next few years, so having put thought and to make some determination will make it a lot more streamlined as they plan their rollout,” said David Roberts, the Drive Electric Vermont coordinator.

Vermont has an ambitious target of 90 percent renewable energy by 2050, but the transportation sector is the greatest emitter of greenhouse gases.

Roberts said the state is targeting 15 percent electric vehicle penetration by 2025, up from the current 2 percent. The interim goal to get 10 percent renewable power for transportation by 2025 would require 45,000 vehicles, with the current total of about 2,800.

Electric vehicles have a significant role to play in reducing harmful climate change emissions, with transportation the largest contributor of climate change.

“We have to make sure we have good policies and incentives in place to transition away from internal combustion engines,” CLF’s Levine said.

The commission suggests that regulated utilities be able to participate in the charging business through unregulated affiliates.

Questions remain about how much regulation the stations are subject to by the PUC, and other agencies in state government should play a role, the letter said.

The Commission said that disputes between customers and charging station operators remain under the jurisdiction of the Consumer Protection Unit of the state’s Attorney General’s Office. Likewise, regulation of the charging devices would be under the weights and measures division of Vermont’s Agency of Agriculture, Farms, and Markets, similar to the way gas stations are monitored. Those operating standards are being developed nationally.