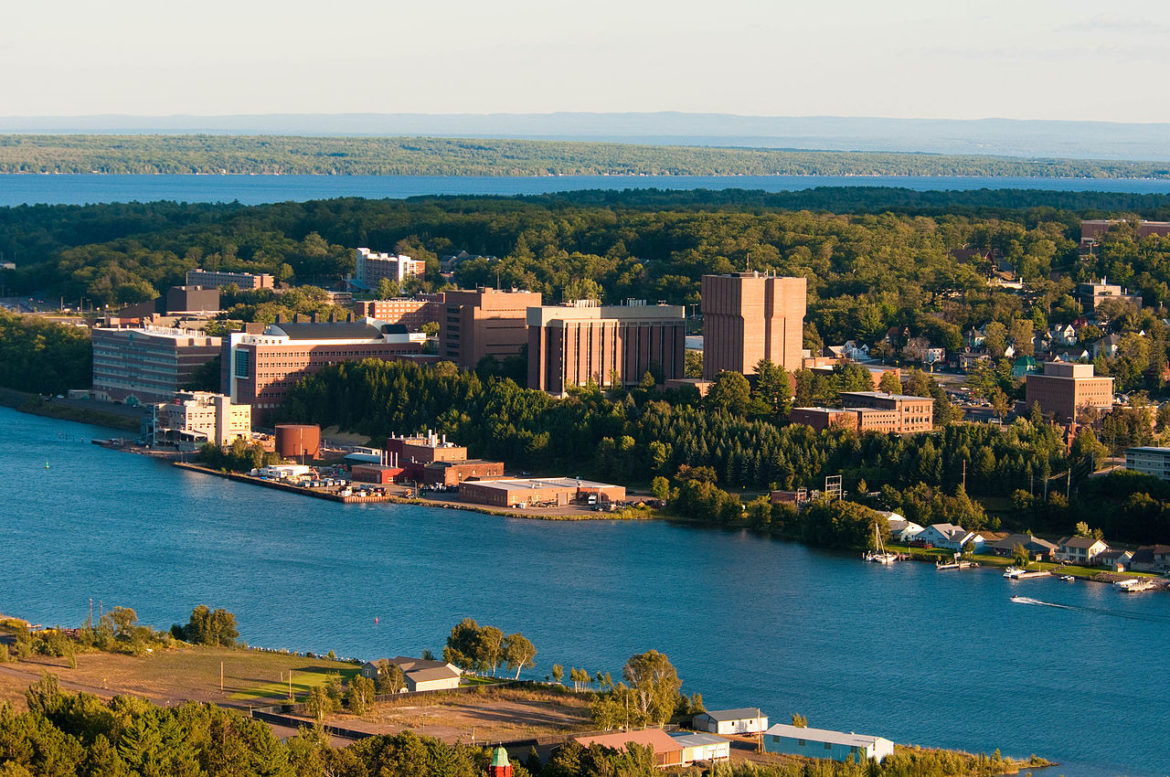 The Michigan Technological University campus is located in Houghton, Michigan, in the state's Upper Peninsula — which has some of the highest electric rates in the U.S.

A study published last month by Michigan Tech researchers says utilities in the state are using their political power to put up barriers for customer-owned solar panels and other potentially cost-saving distributed generation.

Net metering is an especially contentious issue in Michigan as at least one major utility seeks to drastically lower the amount it credits solar customers for sending power back to the grid. Michigan Tech researchers say that not only do these customers provide net value to the grid, but the state also has an unnecessary cap on who can participate.

While it’s perhaps unsurprising utilities would advocate their own interests, “for me, it’s the extreme ways and extent they go to to keep the system the status quo,” said Emily Prehoda, the study’s lead author and doctoral candidate in environmental and energy policy. Prehoda is also a policy analyst for Chart House Energy, a West Michigan-based solar developer.

The utilities’ financial interests are at odds with customers, the researchers say, evidenced by steadily increasing electric rates in Michigan. And while Consumers Energy and DTE Energy have publicly pledged higher renewable energy and emission-reduction targets than mandated, critics say utilities want to own it.

Prehoda added that the Michigan Public Service Commission — whose role is to consider various perspectives in rate cases — “has a lot more power than they are exercising currently. Everyone tries to work the system to their advantage, but it leans heavily toward utilities.”

‘For me, it’s the extreme ways and extent they go to to keep the system the status quo.’

Ultimately, utility positions are not only blocking more distributed generation but also preventing customers from lowering their bills, researchers say.

The university is in the Keweenaw Peninsula in Michigan’s Upper Peninsula, which has some of the highest electric rates in the nation. The area utility, Upper Peninsula Power Co., is the only one in the state to hit its 1 percent cap on customers’ net metering participation.

“These people are being left out of reducing their own costs and helping the grid,” Prehoda said. “Having these interpretations by utilities absolutely is at least partially responsible for higher costs.”

Over the past few weeks, DTE Energy and Consumers Energy officials have publicly faced questions on their net metering positions.

Republican state Sen. Kim LaSata, replied: “I have solar, and I wouldn’t consider myself wealthy. What would you say is someone’s fair share?”

Norcia said while distributed generation could reduce the need for building new peaker plants, “We still carry the same number of power plants, wires and meters we have to maintain.”

‘Everyone tries to work the system to their advantage, but it leans heavily toward utilities.’

Detroit-area advocates have also pushed back against DTE’s claims, saying that the utility hasn’t fully considered the benefits of rooftop solar, and that the company’s rate increase under consideration by regulators disproportionately impacts low-income customers. An administrative law judge has recommended rejecting DTE’s proposed fees on net metering customers.

Under 2016 energy laws, utilities are required to file new distributed generation programs to replace net metering. The Public Service Commission has agreed on an inflow-outflow model that charges customers for the power they use from the grid (inflow) and credits them at an as-yet underdetermined rate for the power they send back (outflow).

At a climate change town hall meeting in Grand Rapids this month, Democratic state Rep. Rachel Hood said revisiting net metering policies is “part of discussions right now. Some bills have been written around this that perhaps will be tweaked this session.”

Amid the distributed generation program discussions last year, state lawmakers proposed legislation that would restore net metering, though it never came to a vote.

Jessica Woycehoski, Consumers’ electric supply resource planning lead who was part of the climate change panel in Grand Rapids, said she “can’t say where the company’s position is” on restoring maintaining net metering or lifting the 1 percent participation cap.

An audience member criticized major utilities for effectively limiting customers’ choices for producing their own power, and asked panelists to respond.

“I can’t disagree with you and your interpretation of that,” said state Sen. Winnie Brinks. “We’ve seen utilities want to move to more sustainable sources of energy. They do want to have some control of that. It provides predictability and a level of control. I have been lobbied to that effect.”

For now, that leaves the policy discussion among utilities, advocates and regulators at the Public Service Commission.

Prehoda said she is “optimistic” about the direction of the commission. In February, Gov. Gretchen Whitmer appointed Dan Scripps to the three-member board. Scripps was program director for Midwest policy at the Energy Foundation and has advocated for distributed generation. Whitmer will have the opportunity to appoint another member to the board this summer when Commissioner Norm Saari’s term expires. Saari is a former lobbyist with Consumers Energy who retired in 2006.

“It’s going to present some opportunities to at least further the conversation and bring more balance of power,” Prehoda said.