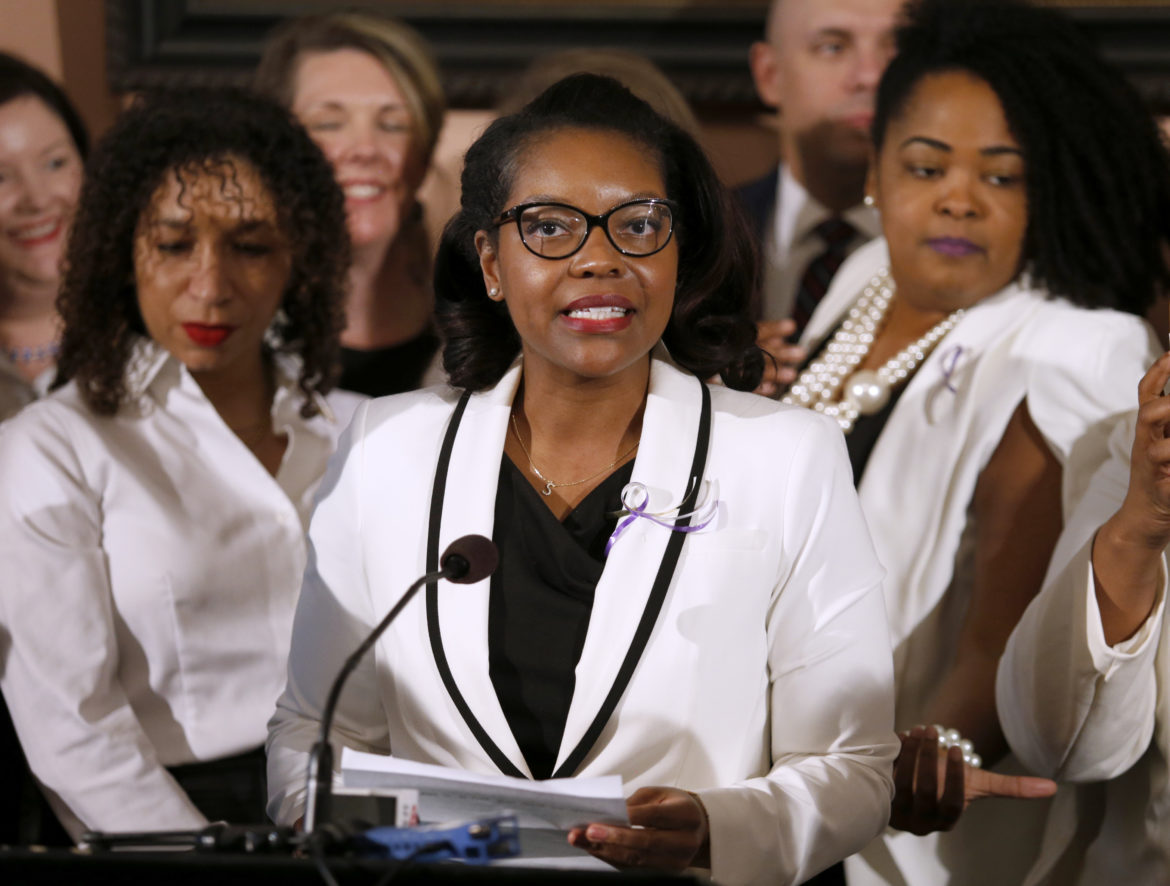 In a significant challenge to Republican leadership, Ohio House Democrats said Monday they would hold their own review of controversial legislation designed to subsidize nuclear power and undercut renewable energy development.

The move is a rebuke to new House Speaker Larry Householder, R-Glenford, who won his position as speaker on Jan. 7 with the help of 26 Democrats, who number only 38 in the 99-member House.

HB 6, proposed by Householder as a top priority on April 12, would subsidize two nuclear power plants owned by bankrupt FirstEnergy Solutions and create a reserve for other old power plants, including old coal-fired plants that had lowered emissions with pollution control equipment.

Testimony last week showed that those utility efficiency program charges could continue despite the bill’s language, if utilities had contracted for them. And renewable energy charges might also continue if a utility had signed long-term contracts for the power.

Those revelations, plus rough treatment of last week’s witnesses by three new members Householder added to the House Energy and Natural Resources Subcommittee on Energy Generation, led to the unusual intervention by the Democrats.

“It’s our job as lawmakers to cut through the politics and ugly, false narratives that seem to be surrounding this legislation,” said Emilia Sykes, D-Akron, leader of the House Democratic caucus, in a statement issued late Monday through the Ohio House Minority Caucus Blog.

“Supporting nuclear energy is part of an all-of the-above strategy that keeps energy reliable and secure for Ohioans,” added Sykes. “But taxpayers deserve an honest conversation about how this legislation will impact them directly, and we hope to add to that.”

The effort by the Democrats comes amid reports that Speaker Householder’s office is amending the legislation. A spokeswoman for Householder did not have an update late Monday on the status of the amendments to the bill.

HB 6, as introduced, would create a “Clean Air Program” that would award grants monthly, based on the number of megawatt-hours of power generated without producing carbon dioxide. The legislation could be used by wind and solar developers, Householder said when he unveiled the bill, but language in the bill limits the size of projects that could qualify.

Also, multiple clean energy groups last week noted that the uncertainty of the grants would make the private financing of new wind and solar extremely difficult.

The legislation also, in effect, would eliminate the state’s renewable energy and energy efficiency standards, further crippling future wind and solar development, opponents said. Ohio Republicans have been trying for years to repeal the requirements.

The bill does not contain language specifically removing renewable and energy efficiency mandates from the law. Instead, it makes them irrelevant by requiring local distribution utilities and independent power suppliers to figure their compliance with the renewable and efficiency rules with a formula that excludespower sold in the preceding three years to customers enrolled in the state’s new Clean Air Program, which would be every electric customer in the state.

The requirement that distribution utilities show that energy efficiency programs have led to a cumulative energy savings of at least 22 percent compared to demand in 2005 will also be intact.

But when local distribution companies and independent power suppliers do the math to set customer charges and prove their compliance, the power they sold to customers enrolled in the Clean Air Program will not be counted.

The initial analysis of HB 6 by the independent Ohio Legislative Service Commission explains the exemption this way:

“The bill requires those customers to be excluded from the baselines used for determining the actual number of megawatt hours for the renewable energy, energy efficiency, and peak demand reduction requirements.”

In other words, “The effect of these baseline exclusions is that an electric distribution utility’s requirements for renewable energy, energy efficiency, and peak demand reduction would be reduced proportionately,” wrote LSC lawyer Niyah Walters.

The sole exception will be customers who write to the Public Utilities Commission of Ohio and request that their utilities continue to charge them for energy efficiency and renewable energy compliance.

Such an opt-in program would have few volunteers, say opponents of HB 6, particularly since these customers would then pay both sets of charges.