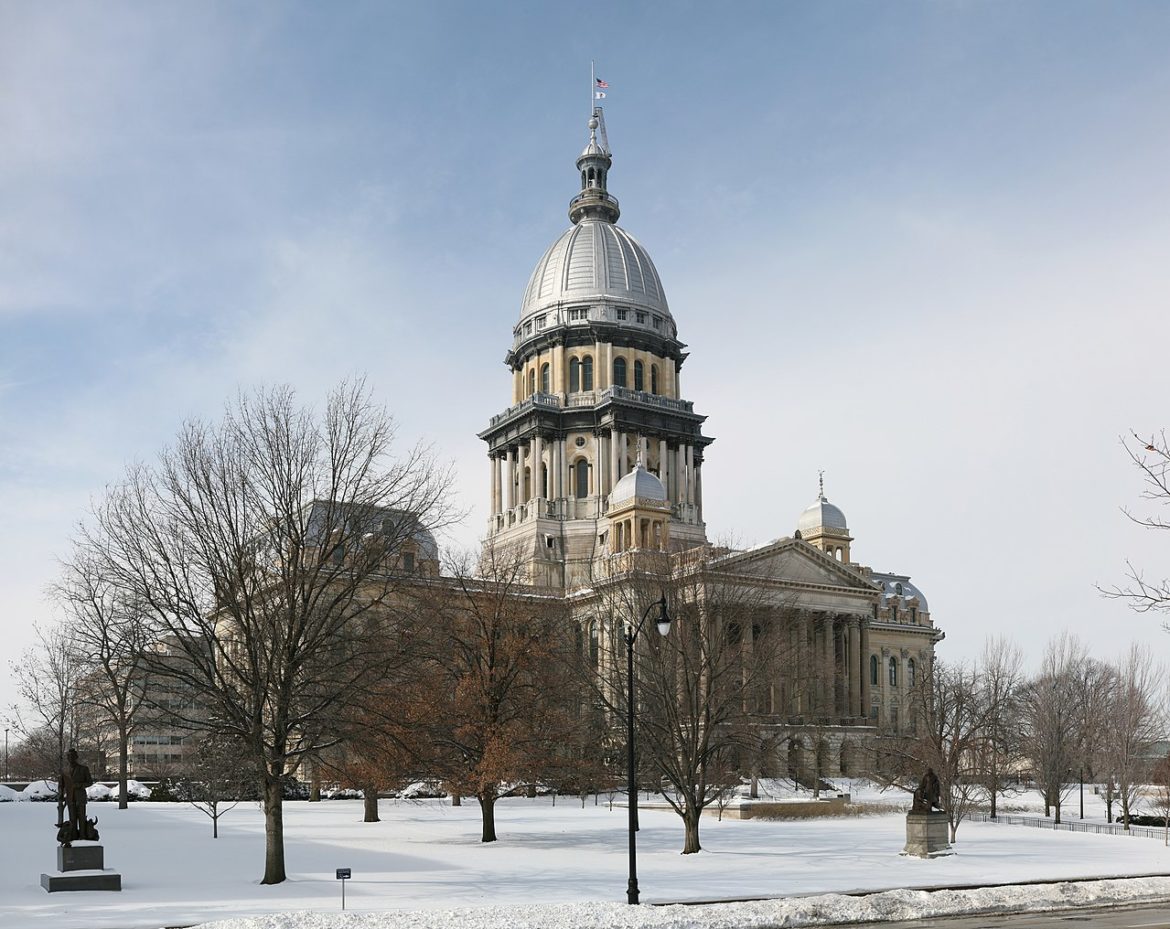 An ambitious energy bill introduced Thursday in Illinois would mandate the state shift to entirely renewable energy by mid-century with an emphasis on job creation and equity.

The Clean Energy Jobs Act (HB 3624/SB 2132) grew out of listening sessions held statewide last year by environmental and energy groups that are members of the Illinois Clean Jobs Coalition.

The coalition says the bill will expand on and address shortcomings in the implementation of the Future Energy Jobs Act, passed with much fanfare in 2016. They say it would create four times as much wind and solar power as FEJA, enough to power 4 million homes through 40 million solar panels and 2,500 wind turbines.

“There were a lot of lessons learned from the Future Energy Jobs Act,” said Juliana Pino, policy director of the Little Village Environmental Justice Organization, which helped lead the struggle to close Chicago’s coal plants and was heavily involved in drafting FEJA. “We’re creating connectivity, filling in the gaps [in FEJA] and addressing the need for renewable energy development.”

Along with increased renewable energy development, the bill calls for increased energy storage, demand response, energy efficiency, rate structures, and other programs to help make the shift. With an aggressive vehicle electrification program, the bill also aims to reduce carbon emissions and pollution from the transportation sector.

“A number of [coal] plants are going to close over the next 10 years because of their age,” Pino said. “And we don’t have the renewable energy to replace them.”

The Future Energy Jobs Act includes provisions to make solar energy and solar energy-related jobs available to low-income and environmental justice communities, including through the Illinois Solar for All program.

But there have been concerns that these communities have not benefited as much as hoped under FEJA, including because incentives for community solar are being directed to large-scale projects. The new bill would incentivize “on-site distributed generation in projects that are 100% low-income subscriber owned, including low-income households, not-for-profit organizations, and affordable housing owners, as well as projects 100% owned by households located in environmental justice communities,” as a bill summary notes.

‘We’re creating connectivity, filling in the gaps [in FEJA] and addressing the need for renewable energy development.’

It attempts to revisit the renewable energy credit adjustable block program that is central to FEJA’s implementation, by making sure credits are distributed to projects across the state in rural and urban areas. So far, FEJA has seen solar credit offerings massively over-subscribed, meaning not everyone who wants to can participate. The bill also prioritizes renewable energy credit procurement “from new renewable energy projects organized by local communities, sited in the communities they serve, or located in brownfield projects,” as the summary notes.

The bill creates an electric vehicle program targeted specifically at low-income communities, including through low-cost electric vehicle car-sharing and “carbon free last mile” programs where electric shuttles or cars, bikes and scooters would be available to help commuters get from home and work to public transit hubs.

And the bill calls for a “just transition” to help communities and workers where coal plants may close or the energy transition otherwise has an economic impact.

“We want to ensure low-income communities and communities outside Chicago can lead the way,” said Dulce Ortiz, co-founder of Clean Power Lake County in Waukegan, where activists have long been fighting for the closure of a coal plant and just transition measures.

“For far too long the frontline communities have borne the brunt of environmental injustice,” she said. “No community should be left behind as Illinois builds its clean energy economy … But we realize there are people, our neighbors, who have worked for years in the fossil fuel industry.”

The bill would create “energy empowerment zones” with tax incentives and state economic development resources aimed at supporting workers and communities where coal plants close, and cleaning up and reusing the sites.

Much of the action called for in the bill would be carried out by the Illinois Power Agency, which procures energy on behalf of the state’s two major utilities, ComEd and Ameren, and runs the renewable energy credit program.

The bill would amend the state’s Public Utility Act to, among other things, ease the transition between current net metering policies and a new rebate program that will replace it when caps on distributed generation are reached.

‘No community should be left behind as Illinois builds its clean energy economy.’

The bill also calls on the Illinois Environmental Protection Agency to initiate a rule-making on coal ash storage, a measure groups have long requested, citing gaps and Trump administration rollbacks in the federal coal ash rule. It also tells the agency to explore environmental co-benefits of wind and solar development, like creating habitat for pollinators.

And the bill ends an existing ban on the state regulating carbon dioxide emissions.

The bill calls for the creation of a $25 million clean jobs workforce hub, wherein labor unions, employers, frontline organizations and other stakeholders would work together to train and provide direct assistance to communities of color and underserved communities in accessing renewable energy-related jobs.

It also calls for an “Expanding Clean Energy Entrepreneurship and Contractor Incubator” program to provide support to “disadvantaged businesses and contractors,” including through low-cost lending and help with insurance and other financial requirements.

The bill’s supporters include Tom Balanoff, president of the powerful SEIU Local 1 labor union, who pledged to do his best to make sure as many union jobs as possible are created.

Renewable energy-related jobs are often not unionized, involving contractors and small companies installing solar, conducting energy efficiency audits, transporting materials and the like. But Balanoff noted there would be substantial opportunity for union construction and maintenance jobs and the potential to unionize new sectors.

“That’s up to the labor movement,” he said. “We need to get out there and figure out how to organize these jobs.”

Leaders backing the bill offered little information in regard to how the state’s nuclear plants would figure into the energy future called for in the legislation. Pino noted that nuclear plant owner Exelon was among the stakeholders involved in discussions around the bill.

There were also few details offered about how the bill would be funded. Among possibilities, the bill calls for revisiting rate caps on how much utilities can charge their customers for investments in energy efficiency and conservation.

Activists and others at the press conference announcing the bill said they are hopeful about its success, even given the ambitious targets and myriad question marks.

“It’s doable,” said renewable energy consultant and pundit Mark Burger, regarding the 100 percent goal. “It will be an interesting challenge and messy, but we’ll get there.”

Jeff Marcus, an environmental activist and unemployed metalworker and machine mechanic, said he would want a job in renewable energy if he weren’t planning to retire soon. He said that in years past he found union apprenticeship programs too hard to access, and he hopes that will change as unions look to the renewable energy sector.

“The big challenge we’ll have is battling it out with the big interests invested in fossil fuels and the nuclear industry,” he said. “Every bill is a step forward, and whether we can get it to be effective isn’t someone else’s job — it’s our job.”