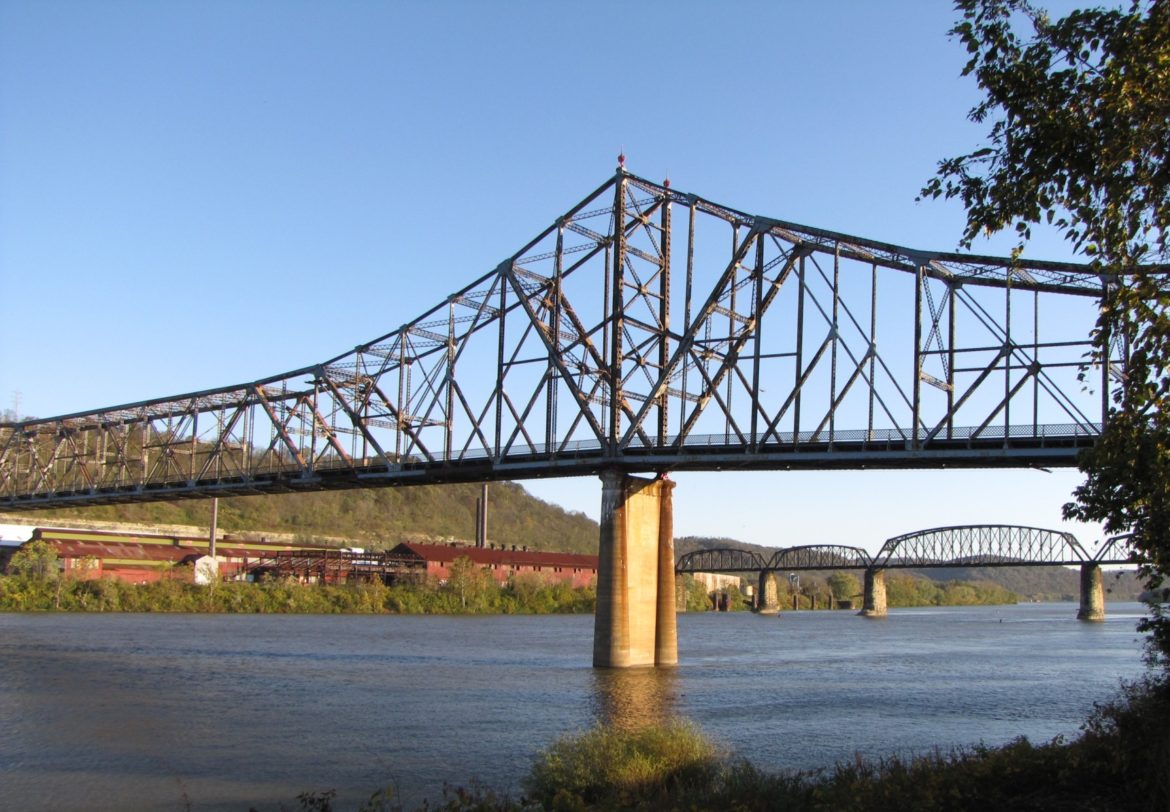 The financing guarantee would come from a U.S. Department of Energy program meant to support projects that “avoid, reduce, or sequester” air pollutants or greenhouse gas emissions and feature “new or significantly improved technologies.”

The Title XVII program has never been used to finance a fossil fuel storage project, but environmental groups fear the Trump administration will bend criteria to approve the project.

“It just does not fit the legal criteria” of the federal law, said Alison Grass, research director at Washington, D.C.-based Food & Water Watch, one of several environmental groups that is considering legal options.

The proposal from Appalachia Development Group, LLC, calls for an underground storage facility to hold natural gas liquids from “wet gas,” such as ethane, which are used to make plastics and other products.

The storage facility’s site in Ohio, West Virginia or Pennsylvania hasn’t been finalized. The hub would have a web of pipelines and other infrastructure to collect and distribute feedstocks from all three states, plus possibly Kentucky.

Steve Hedrick, CEO of Appalachia Development Group, said the project would “significantly” reduce emissions by minimizing the distances the liquids are transported before they are turned into plastic products.

“With over half of the North American plastics converter market within 500 miles of Appalachia, the need for redundant transport is minimized while maximizing the value creation from the American resource,” Hedrick said via email. “In other words, we can significantly avoid or reduce anthropogenic emission of greenhouse gases merely through conversion of these raw materials closer to their production locations.”

He did not offer a source or calculations of the amount of presumed emissions cuts resulting from transporting materials over fewer miles.

The Title XVII statute lists ten categories of projects that can qualify for loan guarantees under the federal program. They include renewable energy systems, hydrogen fuel cell technologies, electric vehicle plants, and energy efficiency projects. Advanced nuclear facilities can also qualify, as well as some refineries for processing crude oil into gasoline. The bill even allows loan guarantees for certain pollution control equipment and advanced fossil fuel technology, such as coal gasification that would achieve specific emission reductions.

Missing from the itemized list are facilities to store and distribute hydrocarbon feedstocks from fossil fuels.

That’s not for lack of trying. Sens. Joe Manchin, D-W.Va., Sherrod Brown, D-Ohio, and Shelley Moore Capito, R-W.Va., introduced a bill in 2017 to add a facility like the Appalachian storage hub to the list. The bill did not pass.

However, the Department of Energy invited Appalachia Development Group to submit the second phase of the loan application last year while the bill was pending. It had already approved the first part of the company’s application. The department did not respond to an email and follow-up phone call seeking comments for this article.

The DOE has not yet made a final decision on the Part II application. Approval can take anywhere from roughly six months to two years, Hedrick said. He noted that the application itself is considered confidential business information.

Industry interests have wanted the underground storage facility and associated pipelines for several years now. One apparent aim is to increase the market and revenue for the region’s natural gas and its co-products.

Supporters also hope the storage hub would attract more chemical companies to the region to use ethane and various natural gas liquids as feedstocks for plastics and other chemicals, which could then be used by other manufacturers.

A natural gas liquids storage hub in Appalachia “would be an economic driver for the region, would expand energy infrastructure, and would increase our domestic production of the petrochemical resources we rely on,” Manchin said last month when he introduced another bill relating to the hub. It calls for a federal study on the project’s potential benefits “to national and economic security.”

“The Trump Administration would also support an Appalachia hub to strengthen our energy and manufacturing security by increasing our geographic production diversity,” Energy Secretary Rick Perry said in December. His comment came with the release of a Department of Energy report, saying the hub would satisfy market needs and yield billions of dollars in economic and other benefits.

Along the same lines, President Donald Trump’s April 10 executive order on energy infrastructure calls for the DOE to prepare a report on the proposed hub, “describing opportunities, through the Federal Government or otherwise, to promote economic growth of the Appalachian region, including growth of petrochemical and other industries.”

Scientists say there’s a growing urgency to curb fossil fuels to avoid some of the worst impacts of climate change. Recent reports also call for cutting down on single-use plastics, which are linked to ocean and freshwater pollution, Jones said. Appalachia would be better off focusing on the renewable energy industry, he said.

Critics also say the project could lead to a net increase in greenhouse gas emissions by boosting natural gas production in the region.

“If anything, it’s going to result in a dramatic uptick in drilling and likely flaring and other emissions upstream if this thing comes online,” said Ted Auch, Great Lakes program coordinator for FracTracker Alliance.

Critics also question the propriety of having U.S. taxpayers guarantee a loan for a project that will have significant funding from Chinese investors.

“I have no idea why our government would issue loan guarantees to facilitate foreign investments for product that is intended to prop up the faltering fracking industry, as well as to be shipped overseas,” said Leatra Harper, managing director for the FreshWater Accountability Project.

So far, the House Appropriations Committee has not added a requested budget bill provision to stop the Department of Energy from spending money to process the loan guarantee application or to grant it.

Food & Water Watch, FreshWater Accountability Project, FracTracker and dozens of other organizations requested that provision on May 7. The request could be renewed once the budget bill gets to the House floor.

Advocates are also considering other legal options if a provision isn’t in the budget bill or if the department nonetheless goes ahead and grants the loan guarantee, Jones said.

It’s conceivable that the project could still move ahead even if the loan guarantee were not granted. But it’s unclear whether that would happen.