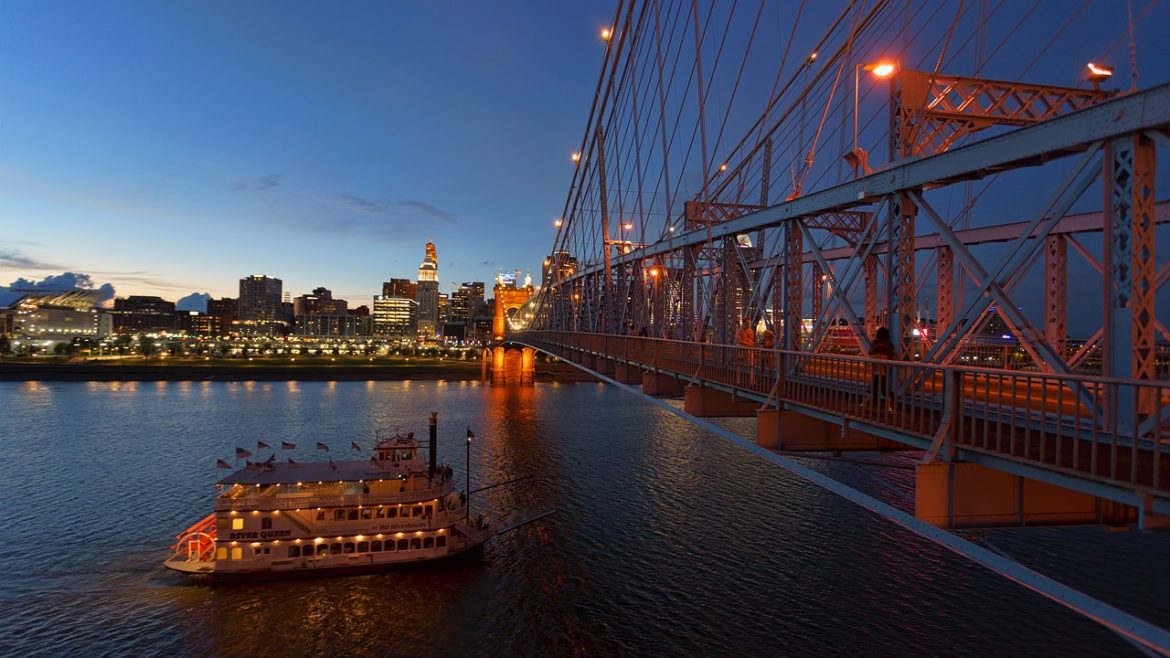 The Ohio River runs through Cincinnati.

Clean energy advocates hope the increased threats highlighted in the federal report will push the state to embrace climate action.

Clean energy advocates say last month’s federal report on climate change underscores the need for action in Ohio, which faces increased risks from flooding, heat and pollution, according to the report.

“There is dire certainty if we do not act on climate: loss of clean energy investment to other states in our region, increasing pressure on agriculture, and warmer, wetter weather that makes toxic algal blooms worse,” said Frank Szollosi, Great Lakes climate policy director for the National Wildlife Federation.

Meanwhile, there is massive economic opportunity for Ohio if it embraces climate action through policies for more clean energy, Szollosi said. The energy sector will play a big role in how severe climate impacts will be.

“Midwestern populations are already experiencing adverse health impacts from climate change, and these impacts are expected to worsen in the future,” the report says. “The risks are especially high for people who are less able to cope because characteristics like age, income, or social connectivity make them more vulnerable.”

Climate change leads to degraded air quality, longer pollen seasons, flooding, increased daytime and nighttime temperatures, and changes in habitat conditions. All those factors can create or worsen risks for illness or injury, the report explains.

“Ohioans’ health — particularly those with lung and cardiovascular diseases — suffers from our over-reliance on coal-fired power plants,” said Trish Demeter, vice president of energy policy for the Ohio Environmental Council. According to the report, coal still provides more than half of the Midwest’s electricity, and eight states in the region accounted for about a third of the nation’s coal use in 2015.

‘Ohioans’ health — particularly those with lung and cardiovascular diseases — suffers from our over-reliance on coal-fired power plants.’

Changing precipitation patterns and elevated flood risks are already causing impacts on stormwater management systems, transportation networks and other critical infrastructure in the Midwest, according to the report. That includes the electric system.

Power plants are often located along major waterways, such as the Ohio River, Demeter noted, and flooding is a definite risk. Even if the plants were not forced to close, “it could complicate energy production in Ohio,” she said. In her view, that’s “all the more reason why Ohio should be transitioning quickly to a more resilient, efficient and distributed energy grid.”

Midwesterners can also expect higher electricity bills as a result of climate change impacts, according to the report. By 2090, the increased electricity demand will be about $1.2 billion (in 2015 dollars). The extra cost could cause financial and health burdens for consumers, especially those who are chronically ill or rely on electronic medical devices, the report notes.

Additional climate change impacts for the Midwest include consequences for its agriculture and forestry industries, as well as its biodiversity and ecosystems. In particular, the report cited the Toledo water crisis of 2014, which resulted from a harmful algal bloom in Lake Erie.

“Toxic algal blooms … will be made worse by warmer, wetter weather going forward,” Szollosi said. The Great Lakes aren’t the only waters at risk.

“There are also increasing instances of costly, threatening algal blooms in waters from the Ohio River to reservoirs near Columbus and Cincinnati and inland lakes, ponds and streams,” Szollosi said. “The extra treatment required to provide clean drinking water is costing ratepayers extra millions of dollars per year.” 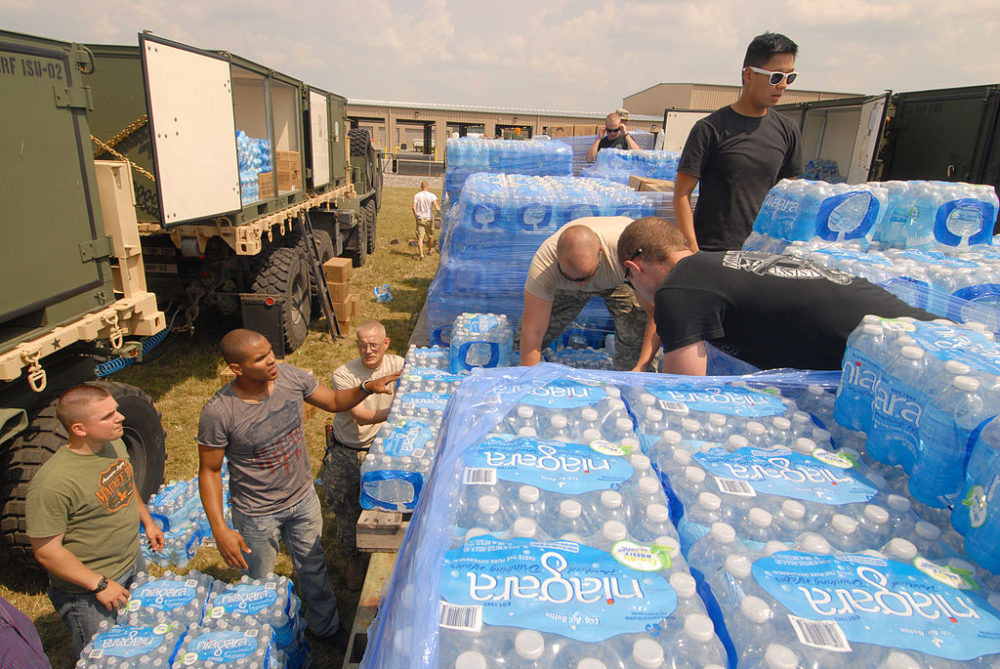 How severe risks will be depends in large part on how high global average temperatures rise. Without significant reductions in greenhouse gas emissions, the U.S. economy will suffer “substantial net damage,” said NOAA’s David Easterling during a telephone news conference the day after Thanksgiving. He’s the technical support unit director for the National Oceanographic and Atmospheric Administration’s National Centers for Environmental Information.

Climate change adaptation deals with steps to limit the harm from climate change impacts that will occur. For example, Cleveland, Columbus and Cincinnati had between two and six more heat waves in 2017 compared to 1961. Those cities also had heatwave seasons lasting 20 to 60 days longer than before. Existing early warning systems to reduce heat-related sicknesses could be modified to account for climate change. Likewise, public health surveillance programs could be revised to account for shifts in the territorial ranges of insects that transmit disease.

“The projections suggest that each additional unit of warming will increase the risks for adverse health outcomes,” said Kristie Ebi, a public health expert at the University of Washington who worked on the report’s chapter on health impacts. Yet mitigation measures aren’t just about preventing more problems in the long-term future.

“Almost all the mitigation policies benefit our health, and they benefit our health now,” Ebi stressed. Benefits include fewer hospital visits for asthma attacks, fewer premature deaths from particulate emission and so on. “When you add up all these avoided damages, when you add up what that means in terms of saved costs, the size of those costs is about the same size as the costs of mitigation,” Ebi said.

Mitigation measures in the energy field could also do double duty for climate change adaptation. “We owe it to future Ohioans to accelerate the transition to non-polluting sources of energy so that we can do our best to limit the impacts to those most vulnerable among us,” Demeter said.

“Energy efficiency is the dark horse of climate change solutions,” Demeter said. “Energy efficiency cuts carbon pollution, and if we get serious about investing in efficiency in a bigger way, it will also help Ohioans adapt to the impacts of changing climate.” If people use less electricity, their bills should be lower.

Renewables have grown nationwide, but environmental advocates say increasing renewables can boost resilience to climate change and other impacts. “At this point, we’re over-reliant on coal, but without actions to diversify more and in a more deliberate manner, we run the risk of becoming over-reliant on another fossil fuel — natural gas,” Demeter said.

Renewables offer other benefits as well, in Szollosi’s view, including creating jobs, attracting investments and improving public health outcomes. In his view, the science report “should be required reading” for incoming Gov. Mike DeWine and the General Assembly taking office in January, Szollosi added.